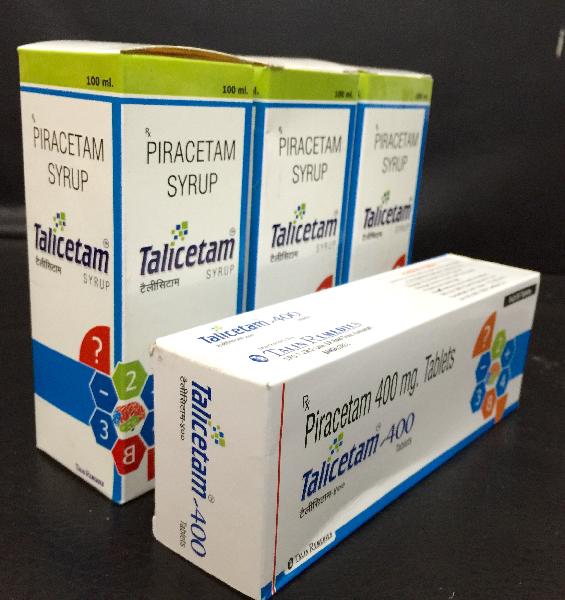 Talicetam (Piracetam)is a nootropic drug. It appears to enhance cognition and memory, slow brain aging, increase blood flow and oxygen to the brain, aid stroke recovery, and ameliorate Alzheimer's, Down's syndrome, dementia, and dyslexia, among other diseases and conditions. Piracetam's chemical name is 2-oxo-1-pyrrolidine acetamide; it shares the same 2-oxo-pyrrolidone base structure with 2-oxo-pyrrolidine carboxylic acid (pyroglutamate). Piracetam is a cyclic derivative of GABA. It is one of the racetams. Piracetam is prescribed by doctors for some conditions, mainly myoclonus, but is used off-label for a much wider range of applications.

Other Drug Interactions : May increase prothrombin time in patients who are on warfarin.

Food(before/after) Should be taken with food. (Take before meals.)