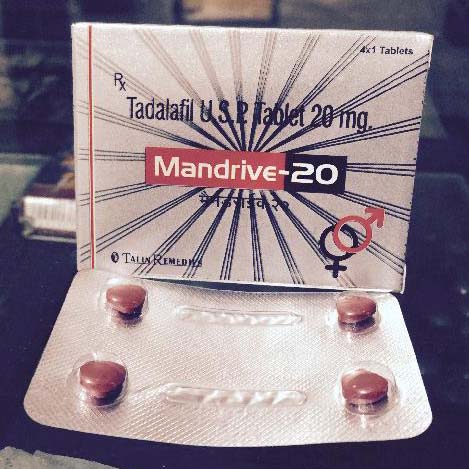 Metabolism : Predominantly metabolized by CYP3A4 to a catechol metabolite, which undergoes further metabolism to the major circulating metabolite, methylcatechol glucuronide.

Elimination : The terminal half-life is 15 h to 17.5 h. Tadalafil is excreted predominantly as metabolites, mainly in the feces (approximately 61%) and to a lesser degree in the urine (approximately 36%).

Once-daily use : PO Start with 2.5 mg once daily, taken at approximately the same time each day, without regard to timing of sexual activity. The dosage may be increased to 5 mg daily based on individual efficacy and tolerability.